911DEAF.com thanks the Deaf emergency responders and everyone who contributes to this site.

I am Jerry Ferris, a life-long believer in equal access to communication and a valiant warrior for the Deaf Community.  Growing up as a C.O.D.A. (Child Of Deaf Adults) has provided me with the extraordinary opportunity to be a bridge between the Deaf Community and their hearing counterparts.  My life goal is to promote broad-reaching social awareness for the Deaf Community both as a unique culture and a vibrant people. I have done work in this area both on and off screen. I have been a frequent lecturer at deaf schools, events and hospitals nation-wide and have even had the privilege of fulfilling a wish through the Make-A-Wish Foundation. I have worked on several television shows, most notably as a finalist on ABC’s, “The Bachelorette” Season 3, CSI: New York, FOX’s VIP Passport, the 20/20 addition which featured my work in the community, and I acted as an interpreter to help a deaf model pursue his dreams on The Janice Dickenson Modeling Agency.  I strive to use every public appearance as a means of exposing the general public to the exceptional talents of those in the Deaf Community. I have also continued my life-changing work as Language People’s Executive Vice President of Sales and Marketing. 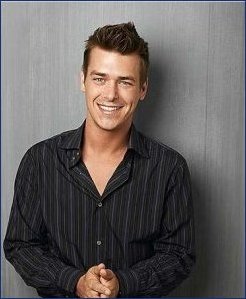